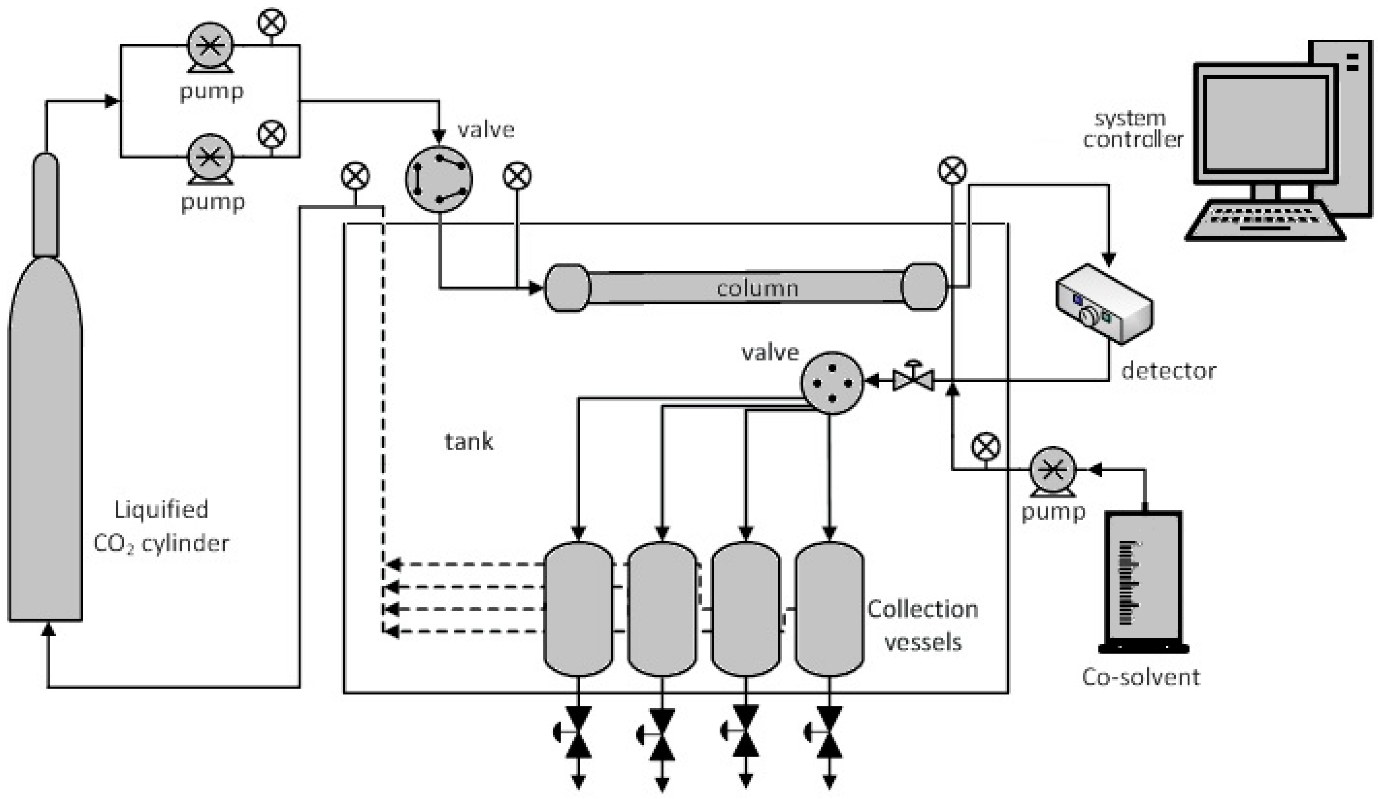 In the extraction industry, chromatography is a group of techniques and, these techniques are very helpful and effective for the separation of compounds of the mixture. This separation process consists of continuous distribution between two phases. The one phase is the stationary phase and, the second phase is the mobile phase and, the system is associated with the following:

With the development of advanced technology, there is a wide range of techniques varying in complexity, the sensitivity of adsorption, separation ability, and partial chromatography. This offers an excellent separation and permits the correct assay of the very concentration of a wide variety of substances in the complex mixture.

The use of organic chemicals as used in HPLC could be reduced with the use of SFC With the desire for environmentally conscious technology. This is because SFC generally uses carbon dioxide, collected as a by-product of other chemical reactions or is composed directly of the atmosphere, it pays no new chemicals to the environment.

Unlike gas chromatography or high-Performance liquid chromatography where the mobile phase controls the type of detector to be used, SFC utilizes mobile phase, which can be either gas or gas-like. Hopefully, the information shared through this post regarding supercritical chromatography will help you a lot. Furthermore, if you want to know about SFC Equipment, drop your message in the below comment section box. Thank you for reaching out!

What is Flange Coupling? Types, Advantages and Applications

How does China Ball Valve Work?

The Benefits of Using Bubble Wraps for Packing