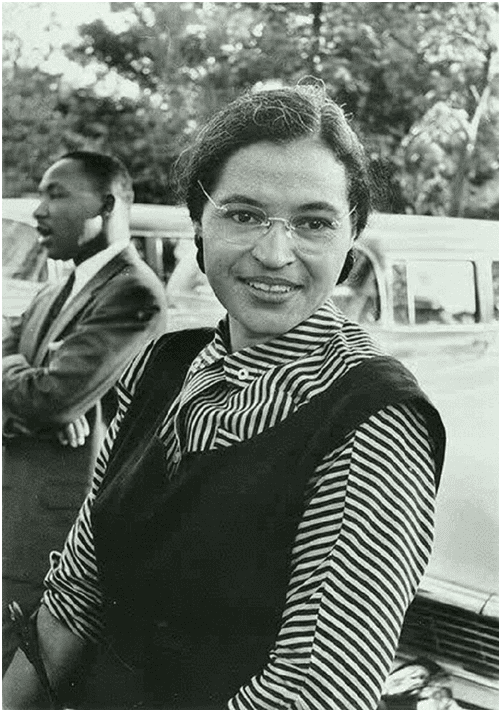 Does being a fierce woman make you a bad person? No, there is nothing wrong with being fierce. There is a fierce woman in every one of us, and that is a good thing. Often, a fierce woman is thought of as someone loud, pushy, and arrogant, but that is not further from the truth. Within every woman lies a brave and ferocious heart. It is a blessing and a curse depending on how you decide to use it. No matter what path a woman has chosen, she is fierce. Being a full-time mom or a career-driven woman requires a lot of bravery. Every job is demanding, and she is fierce for taking on such a role.  Celebrate Your Flawless Beauty Women’s day sale at Indique hair!

The first woman to refuse to give up her seat

Amelia Boynton Robinson became the first black woman to run for the Congress in Alabama. Even though she didn’t win, her campaign raised awareness about voter discrimination in the United States of America. After her death, she was recognized by America’s first black president Barack Obama for her contribution and her legacy to fight and protect voters’ rights in the country.

Mae Jemison completed Chemical Engineering from Stanford University and a Doctorate in Medicine from Cornell University. A woman who was afraid of heights was the first African American woman to travel in space in 1992.

Andrea Jenkins was the first-ever openly transgender person of color to run and get elected for public office in the United States. She had over 25 years of experience in public service. This brave and fierce woman campaigned to reduce police violence, end voter suppressions, provide affordable housing for all, and combat climate change. She is one of the fiercest women because it isn’t easy being a transgender person who is a person of color running for public office.

Wangari Maathi was the first-ever African woman to receive the most prestigious Nobel Prize. She was also the first female scholar to take a Doctorate in Biology from East and Central Africa. Maathi played an active and vital role in the struggle for democracy in Kenya- her home country.

Barack Obama becoming the 44th president of the United States of America was a historic moment as he was the country’s first black president. But Michelle Obama becoming the 44th First Lady of the United States of America (FLOTUS) was even more inspiring. A lot of young black girls and women had someone to look up to in the big office. Besides her title, Michelle Obama is also a lawyer and a writer who earned a bachelor’s degree from Princeton University and a Juris Doctor degree from the Harvard Law School. Michelle Obama is a strong, fierce woman who is actively working to make the world a better place.

Former California Senator, Kamala Harris was sworn into history as the first female and woman of color to be the USA’s vice president. She represented her home state California as a U.S. senator in the big offices. She is also the first Black and South Asian American woman to serve as an attorney general. As a woman and the vice president, she is actively spreading awareness on the Coronavirus, race and policing, healthcare, and gun reforms, among many others.�

These are some brave and strong women in history. All the fierce women mentioned above and more have played a massive role in their field. There are many women who take ownership of their lives and set their path. Every single one of them is breaking ground and setting an example to millions of young girls. These women prove that being fierce isn’t a bad thing and that a woman can be fierce without being “loud” or “pushy.” These women are great role models to young women of color everywhere.

Fierceness comes from believing in you first. Become part of the history and look good with Indique’s Pure Collection.