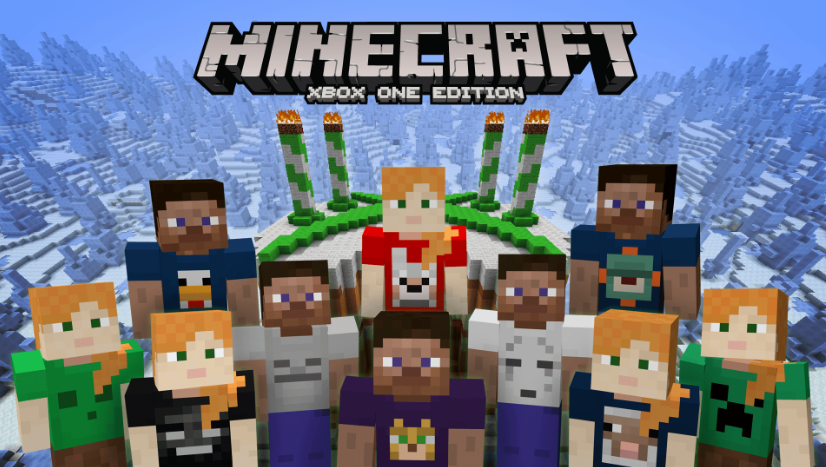 RLCraft is a Minecraft modpack made up of 169 different modifications that have been combined and adjusted to create a complex fantasy world in Minecraft. You’ll fight dragons, explore castles, pillage dungeons, use skills, and experiment with new crafting systems while trying to survive.

SkyFactory 4 brings automation, technology, magic, and bacon resources galore! This version includes over 30 different world types, allowing you to experience the pack like never before! While some planet kinds are based on the traditional tree on the ground, others are created using unique recipes and technological developments. In addition, you can visit several worlds using a portal, such as an underworld, the twilight forest, and others, each with its own set of creatures, items, and monsters.

The Mustard Virus has spread throughout the world, wiping out humanity. You and the never-ending waves of infection are all that’s left. How long do you think you’ll be able to last? Prepare your base to hold off the horde. The infected are unyielding. Moreover, they are drawn to light, sound, and, most importantly, players. They’ve lost their fear of the sun, and they’ll go to any length to find you! Challenge yourself with the best mustard virus.

Lewis, Duncan, and Sjin star in the multiplayer Minecraft serial Forever Stranded. The trio must use the Forever Stranded modpack to survive the harsh terrain, battle hordes of creatures, and remain cool in the scorching heat. Minecraft: Project Ozone is considered a spiritual successor to the series.

The FTB Team’s FTB Infinity Evolved (formerly known as Infinity) is a Feed The Beast and CurseForge modpack. This modpack is a general-purpose modpack with over 150 mods, similar to Monster for 1.6.4, FTB Unleashed for 1.5.2, and FTB Ultimate for 1.4.7. It’s made for the ordinary player who wants various mods in various genres. It’s intended for small to medium-sized servers, but it’s not advised for larger ones because of its extensive mod list.

It is a gigantic modpack with tonnes of content and growth. This modded Minecraft server focuses on giving the gamer a purposeful long-term growth experience. SevTech introduces several never-before-seen concepts, like the ability to hide ore until it is unlocked, dynamically hidden goods and recipes based on progress, new enemies appearing as you progress, and much more! The modpack uses the vanilla advancement system to guide the player while maintaining an open, sandbox environment.

Are you a Minecraft fan? Are you a Pokemon fan? Then you’ve come to the perfect place! Pixelmoncraft combines the two, allowing you to capture pokemon, compete with friends, find boss pokemon to defeat, challenge gym leaders, gain badges, train and enhance your pokemon, buy and sell goods in our online auction, trade pokemon with other players, and explore our Pixelmon Servers.

StoneBlock 2 is a new way to play Minecraft, similar to Skyblock, except that the entire terrain is built of stone rather than air. Fans of Skyblock will like the unique twist. This is the second edition of StoneBlock, and it differs only slightly from the first edition. Digging out your constructing space can be tedious at first, but you’ll soon acquire tools to remove the stone quickly and develop a strong interest in the game.

Project Ozone 3 is a modpack chock-full of modules ranging from technology to magic to adventure. A collection of Better Questing quests, including “currently 1197” quests. Pack modes will be supported in Project Ozone 3 when they become available (Normal, Titan and Kappa). Due to mod progression, normal mode in PO3 will be “slightly” more difficult than Project Ozone 2. Furthermore, even after completing the main missions, there are still “easy” accomplishments to do.

It’s a huge, all-purpose modpack with more than 250 mods. Enigmatica 2 additionally includes Quests, which presently number over 800 and aid in the player’s learning and exploration of various modules. In addition, the pack author has substantially adjusted the power generation, focusing on balancing all power sources.

Crash Landing incorporates Hardcore Questing Mode to make the modpack more linear. The main obstacle comes from EnviroMine’s feature that requires the player to drink water in order to survive. The player crashes onto a dusty, barren planet with no water, food, or supplies. The map is set at Vanilla hardcore by default, and the player must use Sync to gain additional lives.

OceanBlock is a new, one-of-a-kind modpack produced by the FTB Team and inspired by the plethora of island-themed modpacks. Enjoy over 550 tasks that will lead you through this wet and wild adventure and a brand new crafting system called tempered jars! In the deep, dark depths of the water, you’ll come upon custom buildings. With the addition of rafts to break, the quest for treasures in the vast ocean becomes an everlasting addiction. As you progress through the tasks, you’ll discover more draconic technology. So put on a scuba outfit and dive into the water. Enjoy this new, submerged Minecraft universe.

They use a range of magic and technology upgrades with recipes that have been altered to make a game last considerably longer. The goal in both Classic and Reforged is to create 1000 Infinity Ingots. Classic and Reforged have lite versions that are compatible with their full equivalents, although several client-side mods have been deleted to enhance speed.

These Modded Minecraft servers will easily make you addicted to the Minecraft world. But don’t fall for it. Play responsibly and take short breaks in between. In the end, have a great time playing these games. To join these servers, you can visit the website of an online Minecraft servers listing website, find the IP of the game you want to connect to and join the server.

Things to Consider When Buying an English Willow Bat

Resolver PS4: Available On the Internet

Why Play Board Games Are Best For Your Kids?