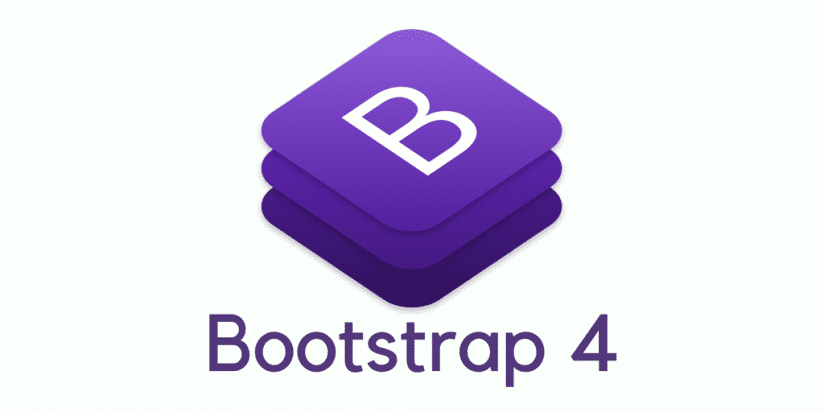 Bootstrap, an open source project, born within Twitter, owes its success to ease of use to create graphic interfaces for web-based applications.

Simplicity is the cornerstone around which the HTML, CSS and JavaScript languages ??come together to create usable and easy to implement websites.

Currently the Bootstrap library has become a standard in the development of modern websites and applications, also merging with the most popular CMS such as WordPress and Joomla.

The real heart of Bootstrap lies in its 12-column structure that has made it famous, allowing you to create real page layout grids just like in printed paper.

The grid structure allows you to paginate with elegance and modularity creating a refined and professional product.

The grid goes from 4 to 5 different sizes, in particular in Bootstrap 4 the grid changes in its minimum size, in the extra-small version (xs), it goes from 768px to 576px thus differentiating smartphones and tablets.

The Structure of Boostrap 4

Through appropriate CSS classes it is possible to insert elements of a web page such as a navigation bar (navbar), footer (footer), containers, sliders for images, cards to graph content, elements such as modules and interaction buttons.

Many of these components see color and shape variants, always applicable with simple classes, such as .success .primary .danger .info for coloring elements or as suffixes -lg -sm to make buttons bigger or smaller, all without having no technical skills in the CSS language.

In the most recent version, Bootstrap 4, the new management of spaces offered by “flex” in the latest version of CSS3 is flanked by the use of the 12 columns.

All the problems of vertical centering of the elements on the page, the fair division of the spaces, and the possibility of homogenizing the height of the elements themselves are just some of the features offered by this new mode.

In addition to the simple use of the library, in fact it is sufficient to insert in the page the link to the style sheet and scripts recoverable from the CDN as described in the official tutorial, Bootstrap allows complete modularity and customization of the elements.

Modularity derives from the fact of being able to exclude all the components not necessary for our use, thus lightening the library allowing a faster loading of the page.

Thanks to the use of the CSS preprocessor, passed from less to Sass in version 4, you can easily customize the colors, sizes and much more of the elements that make up the library.

In the latest version we also see the introduction of media queries to manage the different orientation of the devices or amazon ungating services, horizontal and vertical are quite distinct, now providing different behaviors.

The unit of measurement also changes from pixel to rem, a relative measurement that allows you to better adapt the quantities in relation to the type of device you are using.

Even some components, such as the navbar and the carousel, have been rewritten to offer lightness and fluidity such as to make them even more slender and reactive.

Finally Bootstrap 4 definitively decrees the abandonment of Internet Explorer 8 and 9 support, browsers now too old and not inclined to correctly support the evolution of the Internet.

Last note, perhaps the most interesting change for developers, concerns the documentation, all new, rewritten and well organized to make learning and its use easier and more intuitive.

To date it is an indispensable library for every web developer, if only to understand how many other libraries also base the layout logic.

5 Reasons Why Your Company Should Move To The Cloud