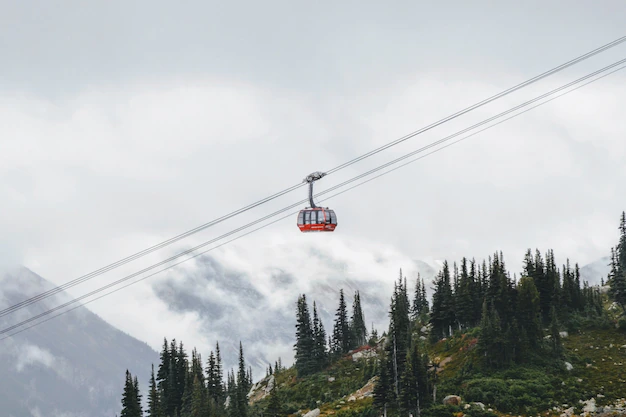 Did you know the history of ropes being used as an efficient way of transportation goes back to the late 14th century? Well, a Japanese emperor was surrounded by enemy forces and chose to escape the valley with ropeway. Since then, technology has advanced by leaps and bounds. However, even now, ropes are being used for transport and means of supplies. Undoubtedly crossing rivers and ravines is easy via ropeways made from steel wire ropes; however, as of now, steel wire ropes are used all over the world.

From the funiculars in Europe to the cables used in cable cars, aerial ropeways can make the mode of transportation easier by leaps and bounds. Unsure how? Let’s explore.

One of the most delimitation aspects of aerial ropeways is their simple, inexpensive yet powerful technology. They are one of the easiest and quickest ways to operate, set up, and take down, and the best part is they can be installed anywhere for a vital energy efficiency boost. All you would need is force or gravity, and they will operate seamlessly with reduced maintenance expenses.

Owing to their aerial mode, ropeways have a significant advantage. They have a fair advantage over the roadway projects, and the ropeways can be built in a straight line over hilly terrains with low dust emissions. The material containers can also be designed to rule out any soling of the environment. In addition, they can offer last-mile connectivity with the 3S system or equivalent technology and transport a considerable number of passengers per hour.

One of the significant advantages of ropeways is that they can be set up in the low space requirements without any barriers for humans or animals. With long rope spans, the ropeways can enable mobility to people living in difficult areas while aiding them to be a part of the mainstream.

Ropeways can also be used to handle large slopes and massive differences in elevation. In addition, they can be used for the transport of different materials. Where the road or railroad lines need switchbacks and tunnels, aerial ropeways can travel straight up and down the fall line without any setbacks.

As only narrow-based vertical support is needed at intervals for aerial ropeways, this leaves the rest of the ground free. So, this makes it possible for ropeways to be established in areas where there is intense competition for the available land.

Believe it or not, aerial ropeways are increasingly gaining momentum as an advanced way of transportation, and steel wire manufacturers are manufacturing rock-soli, durable and safe ropes. So, whether you have something to transport from one point or another or choose to go from one side of the hill to another for a stunning view, aerial ropeways can suffice the cause. Need more info or help regarding the same? Want to install aerial transport with ropeways? Reach out to the leading steel wire manufacturers now!

What Are The Facts About Grinding Process

The Most Commendable Quality of Todays industrial Ovens